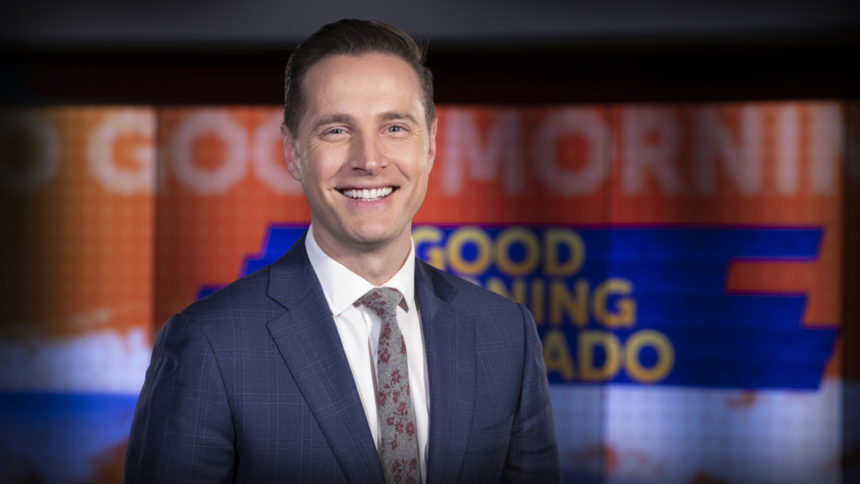 In our fourth episode, Josh Helmuth, the Emmy-winning anchor of KRDO's "Good Morning Colorado", speaks with Jim and Jacob on why he entered the industry and his very non-traditional path. Josh did not know he wanted to enter the industry until he attended the University of Alabama. Josh also discusses the transition he made from covering sports to news, why he started his own YouTube channel, why it's important to put "compassion first, news second", and other topics those looking to enter broadcast news should know.

Josh is a major sports fan and originally entered television wanting to work as a sports anchor. That's a dream he got to fulfill at KSDK in St. Louis, but he has spent most of his career in news. Josh will discuss why he transitioned out of sports and over to news in this episode. Josh is originally from Arthur, Illinois where the Amish outnumber the town’s residents roughly three to one. In fact, at last count, Josh has 54 first-cousins who are Amish.

Josh graduated from the University of Alabama with a broadcast journalism degree and worked at the campus' television station before moving to a now-defunct online outlet in Los Angeles. After leaving the industry, Josh worked as a youth pastor before deciding to make another go in TV, landing at KBAK in Bakersfield as the morning live reporter. Stops at KSHB in Kansas City as a news and features reporter and at KSDK followed before making his home at KRDO in Colorado Springs where he goes to sleep by 8pm and gets up at 2:45 every morning.

Josh runs his own YouTube channel that he began uploading content to during the height of COVID. That is where we originally discovered him. On that channel, Josh takes viewers behind the scenes of Good Morning Colorado and gives advice to those looking to enter the industry. The channel is discussed in detail in this interview.