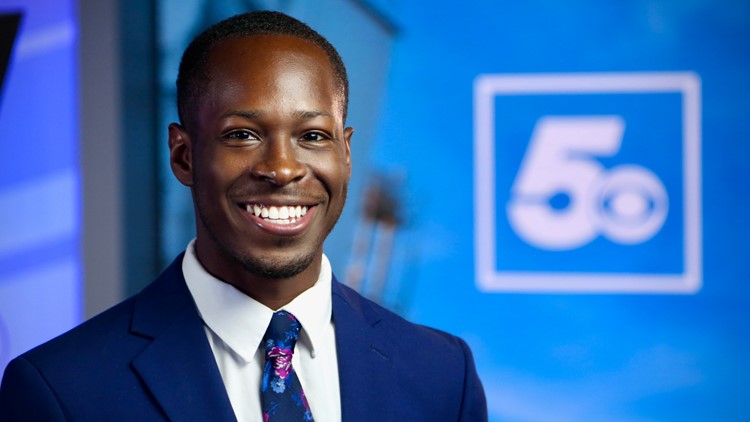 For the fifth episode of Broadcast Bulletin, Micah Wilson, a reporter with CBS affiliate KFSM in Northwest Arkansas, talks with Jim and Jacob about what it has been like never working in a pre-COVID news environment, what it is like working as a person of color in local news, and why TEGNA is one of his dream companies to work for, among other topics.

Micah began with 5News as an MMJ in March of 2021 and was promoted to a full reporter a few months later. Micah has a passion for telling stories to inform, connect, and amplify voices of the community. He's originally from Oklahoma City, Oklahoma, specifically the Chisholm Creek neighborhood of OKC (aka "the Creek"). He grew up with his dad, mom, two sisters and brother, who all share the initials M.R.W. In high school, Micah had a passion for weather and wanted to work as a meteorologist, before realizing all the math and science he would need. Realizing math was his weakest subject, he parlayed that into news, still allowing him to be on-air in some capacity.

While in college, he was an anchor, reporter, and weather anchor for UCentral News, the student-run TV station at the University of Central Oklahoma (UCO). While attending UCO, Micah became involved in several student organizations, including the founding president of the university’s Association of Black Journalists, which he is now an advisor for.

He loves to try new food places around town and listen to music (especially hip-hop). Micah loves getting involved in the community.

"Never trade your authenticity for approval."