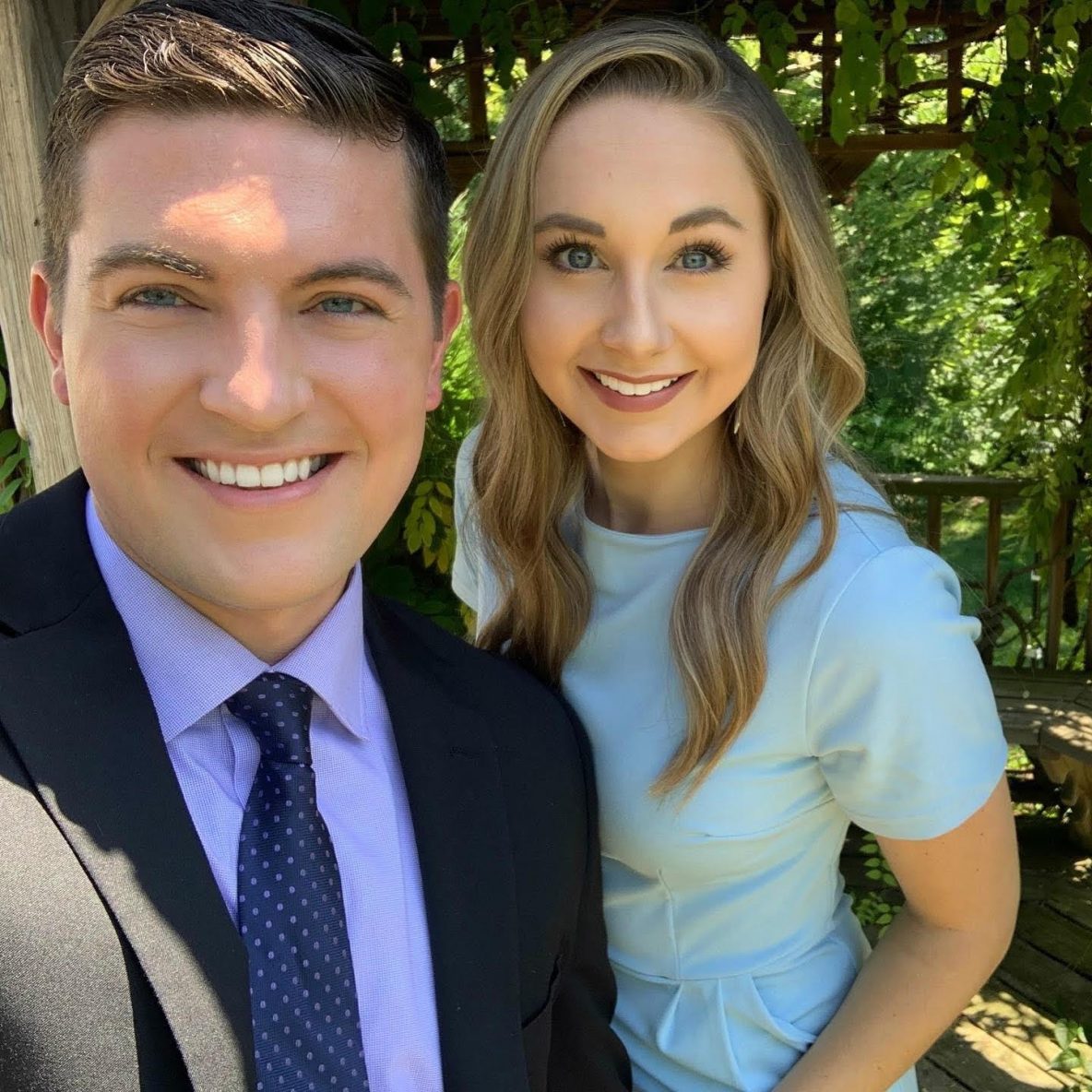 Today’s episode makes Broadcast Bulletin history. Jordan Elder and Matt Roy are our guests – the first time we’ve had two guests on at once! Not only are they both in the TV business, but they're engaged AND, until recently, were at the same station in Springfield, Illinois. Matt has moved on to reporting at WOAI-TV and KABB in San Antonio (owned by the same company as the Springfield station) while Jordan remains with NewsChannel 20 in Springfield finishing out her contract, and hopes to join Matt in San Antonio in the future. It also makes Broadcast Bulletin history because this is the first time co-host Jacob is MIA, leaving Jim to solo host this episode!

Let me (Jim) preface this by saying that I had NO idea Jordan and Matt were coming to San Antonio at all when I originally reached out to her in early January asking if they wanted to come on the show.  We liked their work and personalities and wanted the perspective of an MMJ fairly new to the industry — nothing more. So it is a sheer coincidence that one-half of the duo is now in my home market (and hopefully the other will soon follow)! And for the record, it was Jordan's idea that they appear together — I had no clue they were engaged. So you get twice the young MMJ perspective than originally planned!

That being said, both are a breath of fresh air and are two of the most likable and personable people in the business. You get the feeling not even five minutes talking with the couple that they genuinely LOVE what they do despite the risks journalists face every day, and the challenges currently facing the industry as a whole. They both take the news and their responsibilities covering their communities very seriously, but not themselves, which relates well with viewers. In an era where seemingly everyone is leaving the business, hearing two younger talent who are truly committed to the industry is quite refreshing.

Jordan is originally from Kansas City, Missouri, and has always wanted to work in broadcast news. She can't picture herself doing anything else. She's a rabid Kansas City Chiefs fan who's also terrified of fish. Matt is from Palm Desert, California and did not originally want to work in broadcast media. He had always seen himself being a sportswriter and is still a diehard sports fan. So, how did he pivot from print to broadcast and from sports to news? He will discuss that inside the episode! The Denver Broncos fan loves watching romcoms in his spare time.

The two became best friends while working on their master’s degrees at Arizona State and in the episode, we’ll discuss their special relationship and how they ended up at the same station together right out of school. They’ll also discuss their day-to-day as an MMJ, why they both chose news, where they feel the industry is headed, MMJ safety, what it's like working with your significant other, and a lot more. This episode is a can't miss for anyone looking to enter or further their TV news career.

"It's worth it — but it's gonna suck sometimes."

Jordan adds, "you really can't go wrong" with any of the places there.

Connect with our guests on social: